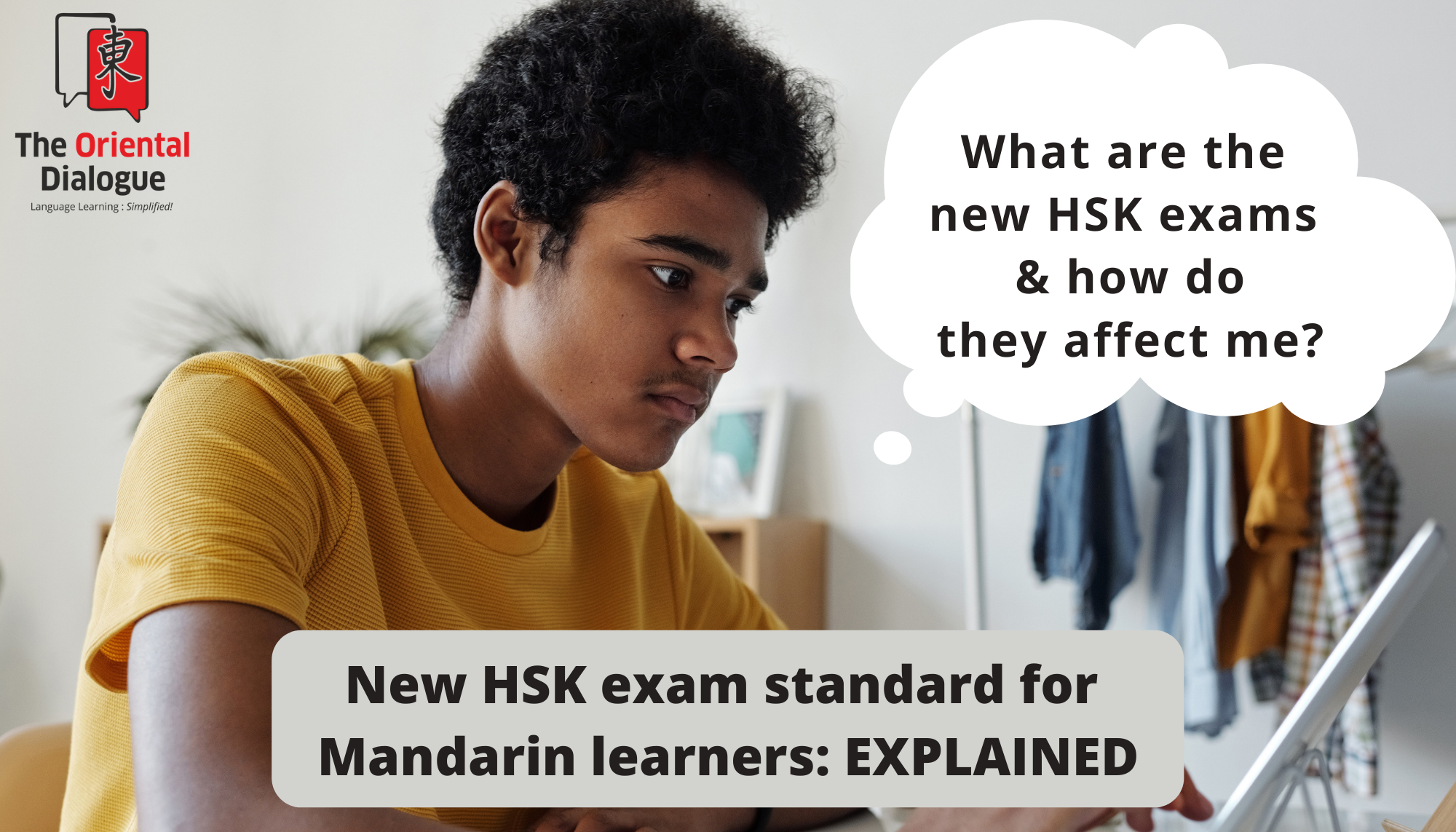 We hear you, the new HSK 3.0 that was released this year is confusing. Students who were in the middle of prepping for an exam are panicking. So we scoured the internet, collated information from different sources, and put together this list of FAQs for anyone learning Mandarin Chinese. We’ve tried to cover all the questions we were asked to clear the confusion about this new HSK exam standard.

What is the new standard?

First things first, what are we talking about? A new standard was put out earlier this year for International Chinese proficiency exams, rumoured to replace the old HSK exams. No one really knew how this would work and when it would be implemented.

The new standard is not an HSK standard, it is a standard for Chinese Proficiency in International Chinese Education. The new standard does not directly affect the syllabus for the HSK exams, it will simply function as a guideline for the new syllabus in the future.

HSK is transitioning to a standard proficiency measurement system of 3 stages and 9 levels. For this, new HSK levels 7-9 will be added above the 6 levels that already exist.

The new standard divides Chinese language proficiency into 3 stages: Beginner, Intermediate, and Advanced. As per this change, HSK levels 1-3 will fall under the Beginner stage, 4-6 will be Intermediate and 7-9 will be Advanced.

As per this announcement, 3 HSK levels are being added to the existing 6. But, there will be only one examination for all 3 together. Levels 7, 8 or 9 will be awarded based on the student’s score. i.e. a higher score will mean a higher level.

These will mostly be used as requisites for learners who wish to complete their thesis or doctorates in China, or work in the fields of research. The certification required will continue to differ according to each university and company’s requirements.

The short version is that there is no change in the HSK exams for levels 1-6. There will be no changes to this in the immediate future, and the same syllabus and format will continue to apply. As the new standard is put into effect, changes will likely be made to levels 1-6 in the next 3-5 years. Anyone studying for these exams in the next few years need not worry.

When is this happening?

The new standard will be released in July 2021, but will come into effect only around December 2021. Trial tests will be conducted at the end of the year, and exams will be conducted starting March 2022. This means that advanced learners will be able to appear for levels 7-9 March 2022 onwards.

What about scores already awarded?

If you’ve already appeared for an HSK exam, your scores will continue to be valid. These certificates are valid indefinitely, but for academic purposes, their life is 2 years from the examination date. They can still be used to apply for internships, scholarships, jobs, and be added to a resume.

HSKK is the International exam for spoken Chinese proficiency. Currently, HSKK has 3 levels which already correspond to the 3 stages of proficiency. HSKK syllabus and scoring is unlikely to be affected, at least for the next 3-5 years.

We hope this helped you breathe a sigh of relief! Rest assured, we will update you when any important new announcements are made regarding HSK examinations. Until then, bié dānxīn!